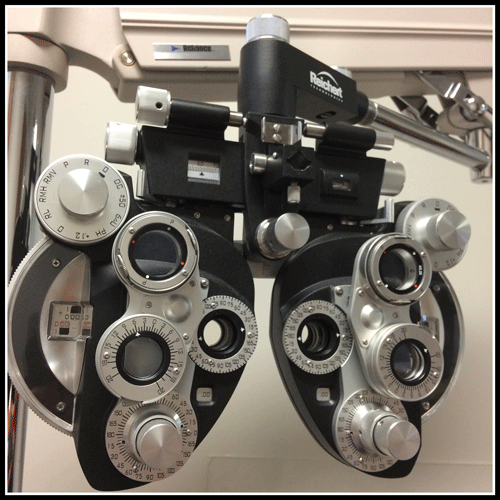 Thursday, 19 October 2017, was my 6-month appointment with the ophthalmologist Dr. Dhir of the Houston Eye Associates.

For months, I have been a nervous wreck, wondering how this appointment would go. Would the cataracts have gotten worse? Were they progressing fast? Would they be “ripe” yet?

So many other questions plagued me as I watched the days flip by on the calendar.

A week or so before the appointment (maybe a little longer, my memory stinks these days!), I decided, “Enough is ENOUGH already!  Jesus healed the blind man in the Bible (Matthew 10:46-52) when he asked and I know He can heal me, too.” So, I asked Jesus to heal my eyes and claimed the healing. I was confident that He would heal me because I asked Him, believing that He could – and would heal my eyes and remove the cataracts.

46 And they came to Jericho: and as he went out of Jericho with his disciples and a great number of people, blind Bartimaeus, the son of Timaeus, sat by the highway side begging.

47 And when he heard that it was Jesus of Nazareth, he began to cry out, and say, Jesus, thou son of David, have mercy on me.

48 And many charged him that he should hold his peace: but he cried the more a great deal, Thou son of David, have mercy on me.

49 And Jesus stood still, and commanded him to be called. And they call the blind man, saying unto him, Be of good comfort, rise; he calleth thee.

50 And he, casting away his garment, rose, and came to Jesus.

51 And Jesus answered and said unto him, What wilt thou that I should do unto thee? The blind man said unto him, Lord, that I might receive my sight.

52 And Jesus said unto him, Go thy way; thy faith hath made thee whole. And immediately he received his sight, and followed Jesus in the way.

A few days before the appointment, the wicked one started trying to rain on my parade, throwing darts of doubt at me. I kept telling him to go away, but he may be just a little more stubborn than I am and kept at it. I was upset that doubt about the healing that I had claimed was creeping in. I kept telling myself that it was just the devil trying to make me doubt and that I was, indeed, healed of the cataracts.

So, I went to the appointment, scared half to death because I didn’t know what was going to happen. Was that worker boy going to lie to me again? He had the last time. He told me they weren’t going to actually touch my eyeballs, but they did.  He had numbed my eyes and then told me after his part of the exam that he had touched them. He said that had he told me the truth to start with, I never would have let him do that part of the exam (true!). David says his heart was in the right place. Maybe so, but if he would lie about that, then maybe what he said about the surgery itself was a lie, too.  I have long-time trust issues and this didn’t help that one bit.

Anyway, that boy wasn’t the technician this time, a girl was. She did what she had to do without playing mind games about it.  Then, she put in the drops to dilate my eyes and sent me back to the waiting room for the drops to do their job.

We finally got called back to the exam room and, after a bit, Dr. Dhir (pronounced “dear”) came into the room. He had a huge smile on his face. I don’t know what had him so happy, but he was very happy. He’s a very nice man and not at all scary.

He examined my eyes and gave us two bits of very good news:

My vision improving also explains why I get a headache and eye ache when I wear these glasses – they are just too strong!  The new ones should be here next week.

While I didn’t get the, “The cataracts are gone!” message that I had hoped for, my vision has improved and the cataracts have not worsened, which are answers to prayer, too!

Thank you to all of you that have supported me through this ordeal so far, through prayers and otherwise.

My next appointment is in a year. Thank you for continued prayers as I claim the healing that I know He has for my vision!

I am a South Carolina native, but have been living on the Texas Gulf Coast for 14 years now. David and I have been married for 34 years. Our children are grown. Some are here at home, others are out in the big world doing their "thing". I enjoy genealogy, reading, writing, photography, digital art, fiber arts, cooking and much, much more.
View all posts by Suzanne Gunter McClendon →
This entry was posted in 2017, Announcements, Cataracts, Eyes, Updates, Vision. Bookmark the permalink.